Venezuela receives the ACTO team for monitoring and action planning

From May 16 to 20, the Bioamazon Project team continued the program of monitoring visits to ACTO Member Countries. The coordinator of the Bioamazon Project, Mauro Ruffino, and the technical specialist, Vicente Guadalupe, visited Venezuela for a work agenda with the staff of the Ministry of People’s Power for Ecosocialism (MINEC) to present the Amazon Regional Observatory and to learn about the progress of the studies on species listed in CITES. On this occasion, a field trip was also made to the Wild Fauna Refuge and Protective Zone of the Arrua Turtle.

This agenda for the Amazonian countries is part of the work plan of the Regional Project to Manage, Monitor and Control of Species of Wild Fauna and Flora Endangered by Trade in preparation for the 19th Conference of the Parties to the Convention on International Trade in Endangered Species of Wild Fauna and Flora (CITES), to be held on November 14 to 25, in Panama. The event will be attended by delegates from the European Union and the 183 signatory countries of CITES, as well as observer institutions.

With the visits to the countries, the Bioamazon Project monitors and compiles the results of the last year, which are intended to be presented at the 19th Conference of the Parties to CITES.

In the workshop for the presentation of the Amazon Regional Observatory (ORA) to the entire MINEC team and the institutions that produce and manage Amazon data, training was given on the ORA, with a presentation of conceptual scope, the thematic and integrating modules (Biodiversity, Forests, Water Resources, CITES Species, Indigenous Peoples, Climate Change), the progress and status of data collection, as well as the interoperability mechanisms available.

In the Bioamazon Project workshop, an evaluation of the progress of the activities was carried out and lessons learned, and recommendations were discussed. MINEC made presentations on the CITES Biodiversity Information System, the CITES Electronic Permit Issuance System, and on the Turtle Management Plans and Timber Traceability System.

The Data Center and the Signing Ceremony of the Term of Assignment of the Use of the equipment acquired by the Project were also inaugurated with the presence of Venezuelan authorities. More than 130 items were purchased between office equipment and for field activities, such as desktop and laptop computers, scanners, printers, videoconferencing equipment, cameras, GPS, and various tools. The acquisition cost of the equipment was 230,899.57 US dollars. The financing of the construction of the Data Center of the Ministry of Popular Power for Ecosocialism had a cost of 99,648 US dollars, both resources provided by the ACTO Bioamazon Project, financed by the German Development Bank (KfW). 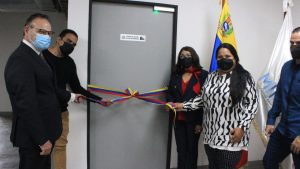 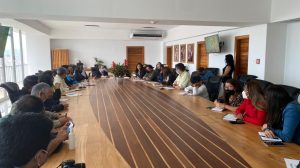 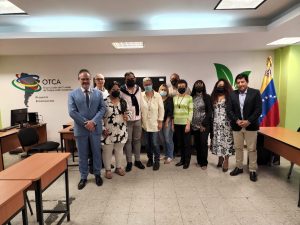 The field trip – Caracas to San Fernando, in the state of Apure, and from there to Puerto Páez, was carried out from the 18th to the 21st, and the Orinoco River was navigated to the Wildlife Refuge and Turtle Protection Zone.

The Refuge is in an indigenous community of the Mappoyo ethnic group, made up of several families that conserve the arrua turtle (Podocnemis expansa) with local strategies identified in the Turtle Management Plan developed with the support of the ACTO Bioamazon Project. On the 19th, an outbreak of approximately 100 hatchlings was witnessed, and 500 hatchlings were released into the Orinoco River. Likewise, currently in the refuge there are 9000 hatchlings in the tanks, waiting to reach a larger size to be released within a year. 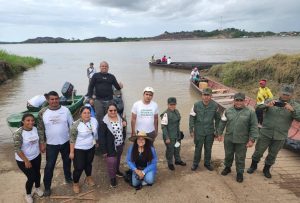 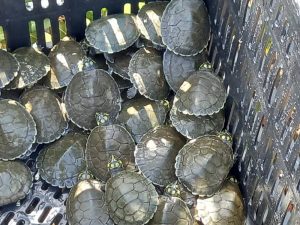 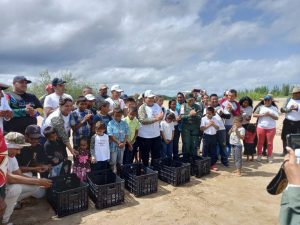 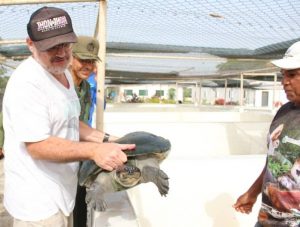 On Saturday, May 21, the breeding farm “El Patrurello de Chavez” of the Ministry of Popular Power for Ecosocialism (MINEC), located in San Fernando de Apure, was visited. The farm began its activities in the 1980s as an initiative to promote the recovery of the populations of the Orinoco Cayman (Crocodylus intermedius).

The farm keeps the adult alligators in closed lagoons, and they are fed with beef meat and offal. Reproduction occurs once a year, from January-February, and the eggs are transferred to a traditional incubator to hatch between April and May. The hatchlings are deposited in ponds and protected from the sun where they are fed with remains of meat and ground fish, until they reach approximately 80 cm; subsequently, they are released into the river to contribute to the recovery of the natural populations of the species threatened and listed in Appendix II of CITES. The farm also develops recovery and maintenance activities for rescued fauna such as turtles, monkeys, macaws, and other threatened species. Currently, 13 people work on the breeding farms and are accompanied by park rangers from the MINEC National Parks Institute. 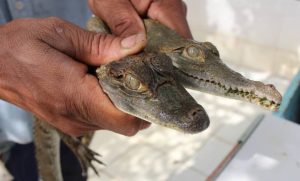 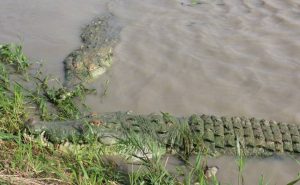 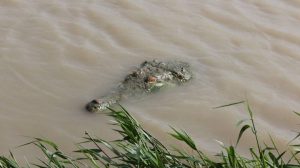 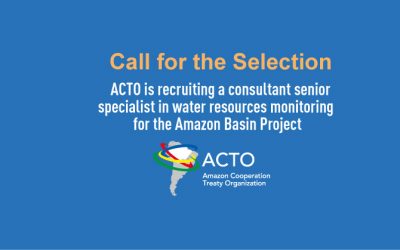 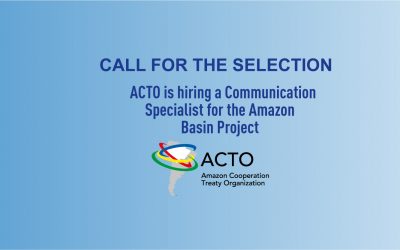 ACTO is hiring a Communication Specialist for the Amazon Basin project

The Amazon Cooperation Treaty Organization (ACTO) is hiring a Communication Specialist for the Project “Implementation... 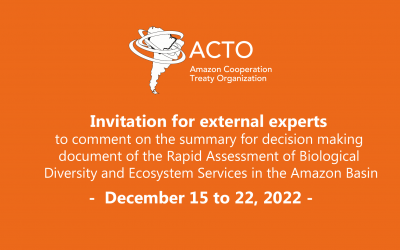 Invitation for external experts to comment on the summary for decision making document of the Rapid Assessment of...