In the Colombian Amazon, as in the Pan-Amazon region, local communities, especially indigenous communities, have a close relationship with wildlife, not only because it is an important source of protein for their diet, but also because of its role in their different cultures, myths and rituals. Given the importance of wildlife and the concern of local communities to know the status of this resource, the Sinchi Institute, together with 24 indigenous and peasant communities of Estrella Fluvial Inírida, has been monitoring the species of fauna that are part of their diet.

Estrella Fluvial de Inírida (EFI) is a wetland complex formed by the confluence of the lower basins of the Inírida, Guaviare and Atabapo rivers, and the influence of the Ventuari River from the State of Amazonas in Venezuela. The EFI, which was designated a RAMSAR site in 2014, is located in the east of the Colombian Amazon, northeast of the department of Guainía and southeast of the department of Vichada, and covers an area of 253,000 ha (Figure 1). 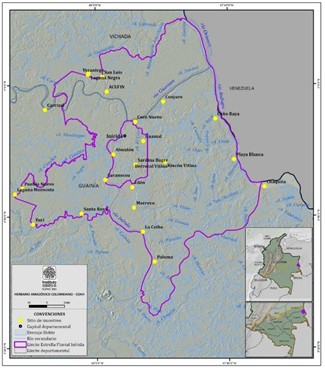 Figure 1. Location of Estrella Fluvial de Inírida (EFI) and the 24 communities participating in the monitoring of consumer fauna.

With the support of the GEF Forest Conservation and Sustainability Program in the Heart of the Amazon and partner entities, the Ministry of Environment and Sustainable Development of Colombia and the Corporation for the Sustainable Development of the Northern and Eastern Amazon (CDA), local researchers from the 24 communities present in the EFI, belonging to the Curripaco, Puinave, Piapoco, Sikuani, Cubeo, Tucano and peasant ethnic groups, and their representative bodies, the Corporación Mesa Ramsar Estrella Fluvial Inírida and the Asociación de Campesinos de la Estrella Fluvial Inírida (ACEFIN), have recorded data on fauna exploitation in the territory for 11 continuous months. This follow-up is technically supported by the Sinchi Institute, for which it has also received equipment support from the Regional Project for the Management, Monitoring and Control of Wild Fauna and Flora Species Threatened by Trade (Bioamazon Project) executed by the Permanent Secretariat of the Amazon Cooperation Treaty Organization (PS/ACTO) and financed by the German Development Bank (KfW).

To date, the consumption of 58 species of fauna has been documented: 26 mammal, 17 bird, 11 reptile, 3 insect and 1 amphibian species. Of the species used for consumption in Estrella Fluvial de Inírida (EFI), 25 are included in the CITES appendices: 3 in appendix I and 22 in appendix II. During this period, half of the prey captured corresponded to CITES species, mostly from Appendix II, which represent 65% of the biomass harvested and include six of the species most used by the communities (Peltocephalus dumerilianus, Podocnemis erythrocephala, Caiman crocodylus, Tayassu pecari, Paleosuchus sp. and Tapirus terrestris) (Figure 2).

Figure 2. Volumes of use of fauna for consumption and percentage of CITES species used by the communities that are part of Estrella Fluvial de Inírida (EFI).

Regarding the destination of the hunt, the communities of EFI use the hunt mainly for consumption (79%) and only 14% of the catch is marketed locally, either in its entirety or a portion of the prey. Of the total number of commercialization events, 60% correspond to CITES species such as turtles (Peltocephalus dumerilianus and Podocnemis erythrocephala) and cachirres (Caiman crocodylus and Paleosuchus sp.) (Figure 3).

It is important to note that trade is developed at a local level, there are no records of transboundary trade, and in many cases it occurs within the same communities where the animals are captured. In this sense, this study does not address international trade issues that are the strict object of the CITES Convention, however, it provides elements for the sustainable use and conservation of species, both species included in the Appendices and those that are not part of them. 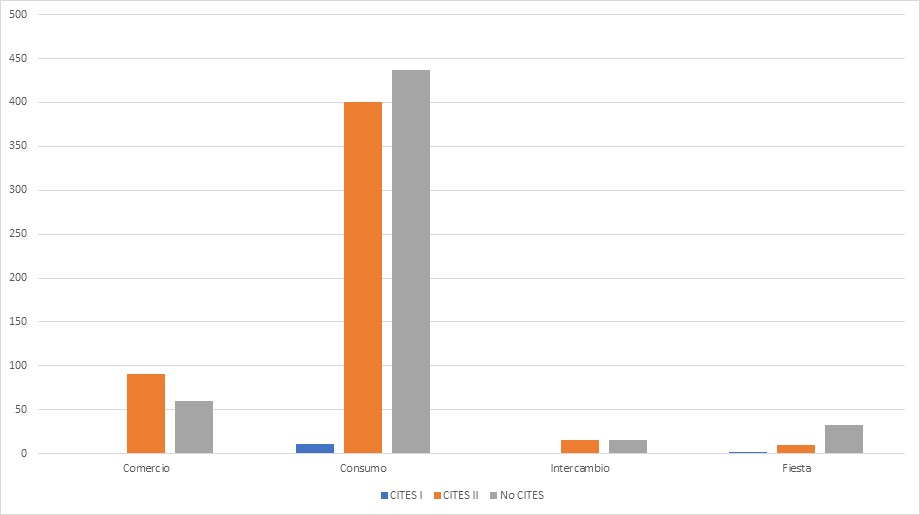 The most important species in the subsistence of the communities is the paca (Cuniculus paca), a NON-CITES species, which is the most important both in terms of consumption and trade within the communities.  This monitoring revealed that the use of fauna, both CITES and non-CITES species, shows differences within Estrella Fluvial de Inírida (EFI) and it is possible that these differences are related to the availability of fauna at the level of each sector or basin; some examples are shown in Figure 4. 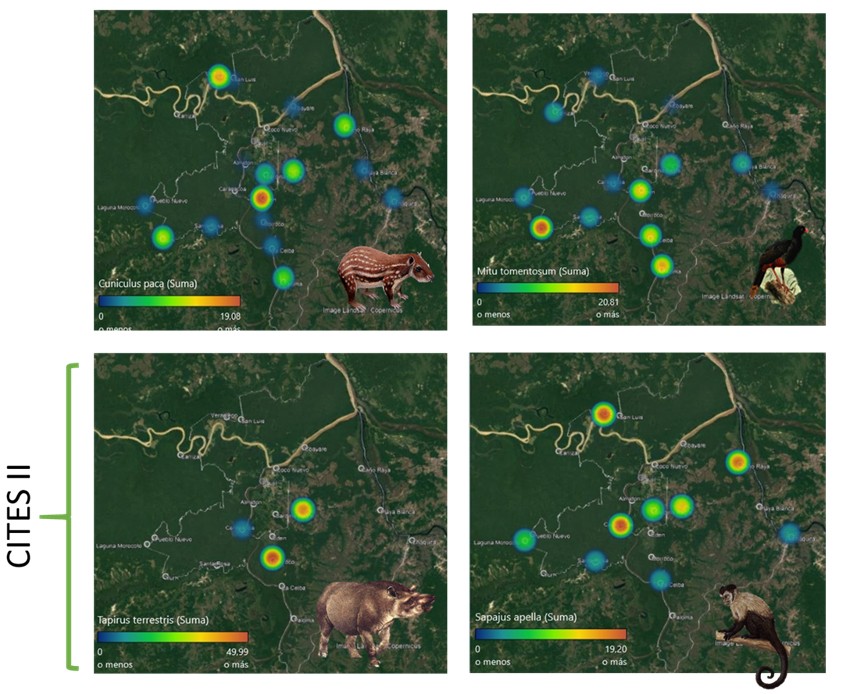 To better understand the sustainability of use, this year we began estimating the availability (abundance) of harvested species, implementing photo-trapping methodologies and line transect counts focused on terrestrial species. For species with aquatic habits, protocols are being designed and tested to enable community records to be made to establish the abundance of important species such as turtles and alligators. The purpose of all this is to have information that will allow us to review, adjust and propose management measures that guarantee the sustainability of the wild populations and also the food security and sovereignty of the communities. 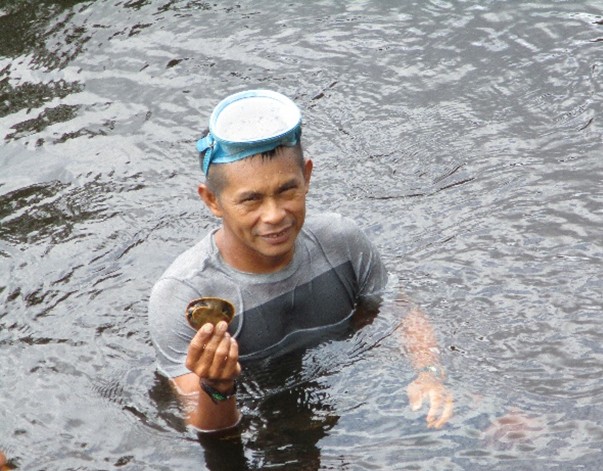 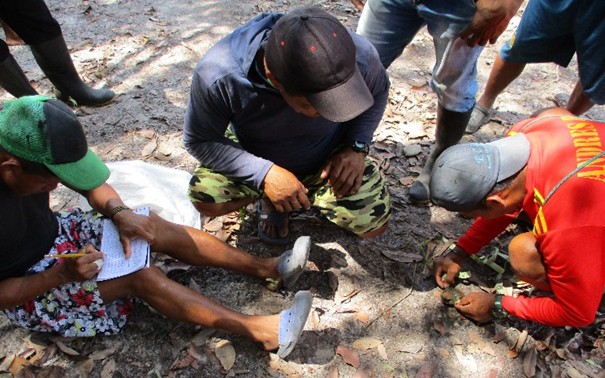 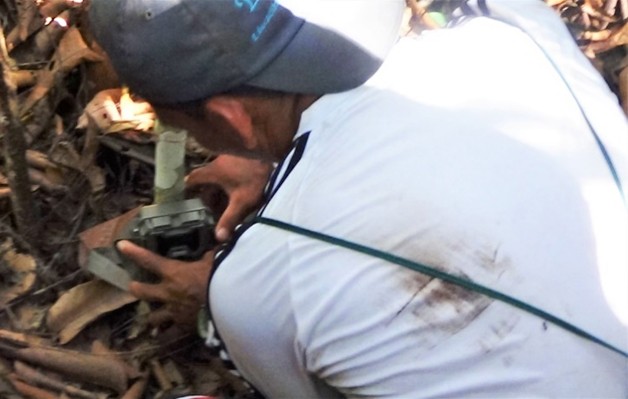 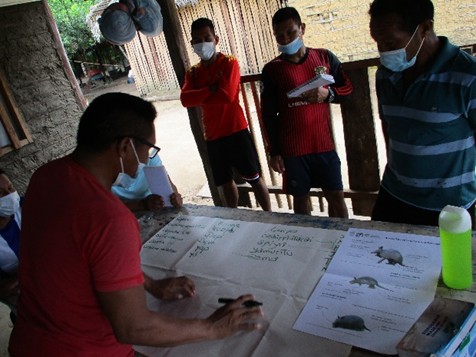 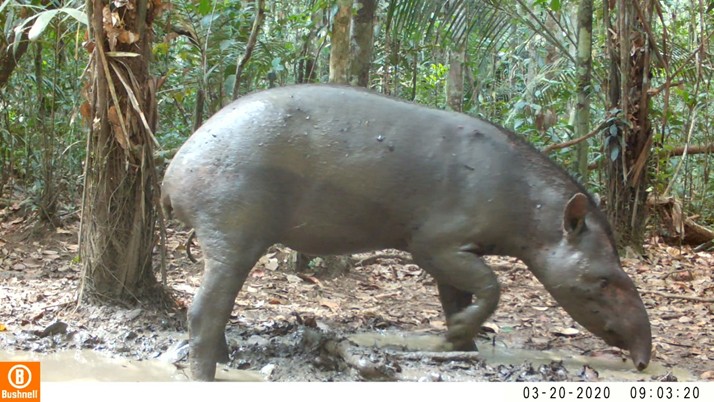 ← Anterior: ACTO works with Amazonian countries to develop Regional Plan for Cedar Seguiente: Traceability of arapaima: a necessity to protect the species → 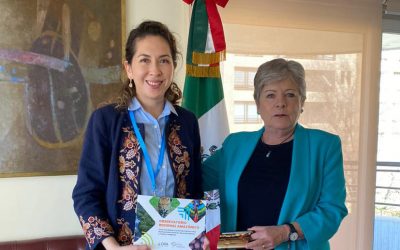 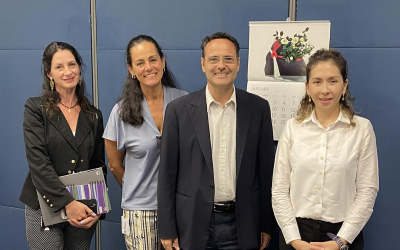 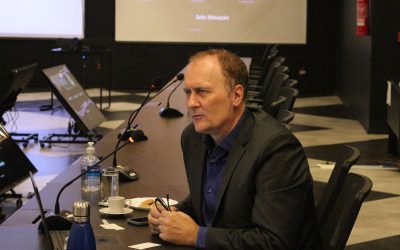