The governments of six Amazonian countries supported the strengthening of the ACTO as an institutional tool for work in the Amazon Region during the Third Summit of the Leticia Pact for the Amazon, which was held today (10/08/2021), with the leadership of the President of Colombia Iván Duque.

“All the countries gathered today are supporting the strengthening of ACTO as an institutional tool for work in the field, but we are also supporting the initiatives from the IDB that allow to mobilize resources”, said Colombian President Iván Duque.

The Secretary-General of ACTO, Alexandra Moreira, who participated virtually, reaffirmed her commitment to the sustainable development of the Amazon Region and assured that ACTO is the intergovernmental institution of the region that works at the level and with the support of the 8 Amazonian countries. “We believe that all actions to strengthen it as a mechanism for cooperation and regional integration must be preserved and cared for at the highest level, and we are grateful in this regard for the efforts of the countries to ratify their commitment to the Amazon through this Organization.”

Moreira also highlighted joint actions for the more effective management of biodiversity and the Amazon forest, as well as ecosystem functions and services, for the control of illegal deforestation, implementation of agroforestry systems, bioeconomy, among other actions.

For his part, the President of Ecuador, Guillermo Lasso, said that it is essential to have a coordinated work with ACTO to avoid duplication of efforts and maintain the priorities of work for the benefit of the Amazon.

In addition, the Vice-President of Brazil, Hamilton Mourão, noted that ACTO is a consolidated and long-standing organization of good services to the Amazon Region with institutional support and recognized technical capacity. He also added: “A biome with the proportions of the Amazon can and should offer opportunities for prosperity to its inhabitants.”

The Colombian President also assured what is being sought are bio-businesses for low-carbon development, access to capital for projects, mitigation and adaptation and working hand in hand with indigenous communities and women entrepreneurs.

The event that took place in the Natural Reserve Flor de Loto (Leticia), also had the virtual participation of the presidents of Guyana, Irfaan Ali, and Surman, Chan Santokhi as well as the Minister of Environment of Peru, Rubén Ramírez. Other speakers included the Advisor for Climate Partnerships and Initiatives of the U.S. State Department, Cristine Dragisic; the President of the Inter-American Development Bank (IDB), Mauricio Claver-Carone, among others.

The importance of the Leticia Pact

The Leticia Pact was signed in September 2019 by Colombia, Bolivia, Ecuador, Brazil, Peru, Guyana and Suriname to strengthen joint and coordinated actions for the preservation of the natural resources of the Amazon Region.

The objectives include: generating joint responses to disasters that may occur in any country; strengthening regional action to address deforestation, selective logging and illegal exploitation of minerals; and advancing the generation of scientific knowledge to make the best decisions for the protection of the Amazon.


← Anterior: The first meeting of the Steering Committee of the Amazon Basin Project is held Seguiente: ACTO holds the First Meeting of Authors of the Assessment of the State of Biodiversity and Ecosystem Services in the Amazon → 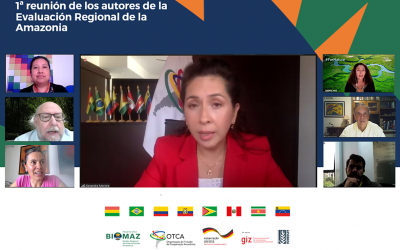 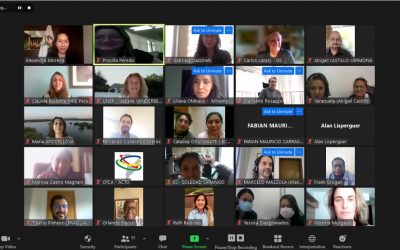 The Steering Committee (CDP) of the Project Implementation of the Program of Strategic Actions to ensure the... 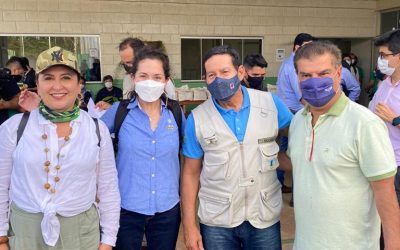 ACTO Secretary General, Alexandra Moreira, who is taking part with the delegation of diplomats in the trip through the...