Traceability of arapaima: a necessity to protect the species

System is being developed in Brazil with support from ACTO.

The Amazon Cooperation Treaty Organization (ACTO) is supporting Brazil in the development of a traceability system for Arapaima gigas meat and skin. The cooperation, with financing from KfW, is done through the Bioamazon Project, the Brazilian Institute of Environment and Renewable Resources (Ibama) and contracted consultancy. The objective of having a traceability system for the meat and skin of arapaima is precisely to certify that these by-products of arapaima have a sustainable origin, respecting a quota annually authorized by Ibama for the management of the species. It will be a management tool of Ibama that will increase the guarantee of origin favoring the commercialization by the arapaima managers in natural environments.

Traceability is a fundamental condition for guaranteeing the origin of products, monitoring the production chain, access to new markets and raising awareness among consumers about the importance of sustainable management of arapaima. The largest freshwater scaly fish in the world is very appreciated and consumed by Amazonian populations, which have in this species an important source of protein. It is a fish also exported to other states of Brazil and countries, and present in refined dishes of gastronomy.

Arapaima is a commercial species, used in commercial and sport fishing, in aquarium keeping and fish farming. Castello & Stewart (2010) report that the main threat to the species is overfishing and habitat degradation.

The International Union for Conservation of Nature (IUCN) classifies Arapaima gigas with insufficient data (Data Deficient). The Convention on International Trade in Endangered Species of Wild Fauna and Flora (CITES) lists arapaima in Appendix II and confirms that there are no known data for both wild and captive populations. For the genus Arapaima there are records of occurrence for Brazil – Amazon basin and its tributaries and also for the Araguaia and Tocantins river basin. In addition, the taxon occurs in neighboring countries such as Peru, Colombia, Ecuador, Bolivia (where the species was introduced), and Guyana, in the Essequibo River basin (Castello & Stewart 2010; Goulding et al., 2003).

In international trade, Brazil is the main exporter and Japan is the main importer. The Convention informs in its CITES Identification Manual entries for Arapaima gigas that 442 live specimens and 25 units were reported by CITES Parties from 1979 to 1982. In the last 10 years, mainly arapaima skins have been exported by Brazil to international trade – around 22,752 units of tanned skin from authorized management in the State of Amazonas – and 33,931.5 kg of arapaima meat from aquaculture. The main importing country was the United States, followed by Mexico. (SISCITES/IBAMA 2021).

The development of the traceability system concept for arapaima is being carried out with consultations with Ibama, focusing on the state of Amazonas (Brazil). The EITA Cooperative, a consultancy firm hired to elaborate the traceability system proposal, first conducted a stage of interviews with advisors from Arapaima Management Units and cultivation / fish farming, representatives of slaughterhouses and tanneries and public managers from the state government of Amazonas. In all there were 13 interviews that allowed the mapping of the production chain of arapaima and the flows of inspection data. The interviews were held in July 2020.

Information gathering activities were also carried out and the collective construction of the Arapaima Traceability System proposal with nine IBAMA staff members from the General Coordination for Monitoring the Use of Biodiversity and Foreign Trade and the Local Core of IBAMA in Amazonas. In IBAMA’s case, the survey of information with environmental analysts and coordinators provided a better understanding of the context of arapaima management and workflows for monitoring the production chain.

The current moment is dedicated to Ibama’s analysis of the concept, requirements and data model of the arapaima traceability system proposal elaborated by the consultancy based on the interactions with Ibama and other productive chain actors. The process of elaboration of the proposal indicated the need of adjustments in regulations required for the management of the species for the beginning of the use of the system by the productive chain, once it will be obligatory the register of information in the system for social groups that manage arapaima, brokers, slaughterhouses and tanneries.

At a later stage, in future hiring of consultants, will be the development stage of the system proposal. It will be in this stage of development that tests will take place next to the segments involved in the productive chain.

The strategic objectives of this work are to increase the efficiency and control of IBAMA’s administrative flows, to qualify the monitoring and inspection of the stages and to allow the traceability of the production chain, from the exporter to the community or cultivation.

In the opinion of the Bioamazon project coordinator, Mauro Ruffino, this partnership between ACTO and Ibama is an opportunity to expand the monitoring of the use of arapaima with a view to strengthening the sustainability and viability of the species in nature. “This typically Amazonian species with restricted distribution still needs to be better studied and protected. We cannot measure efforts to guarantee, at the same time, its existence as a wild species in nature and also an adequate and monitored use”, he commented.

Published in the Bioamazon Newsletter, edition no. 7, January-February 2021.


← Anterior: Monitoring of wildlife destined for consumption in Estrella Fluvial de Inírida EFI, Colombia Seguiente: Delivery of Equipment for the Strengthening of Biodiversity Information to the National Museum of Natural History of Bolivia → 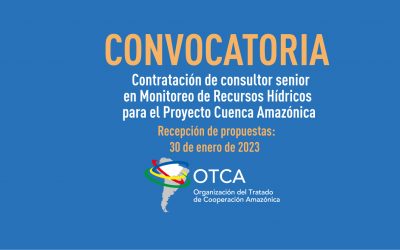 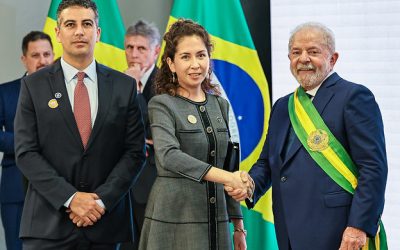 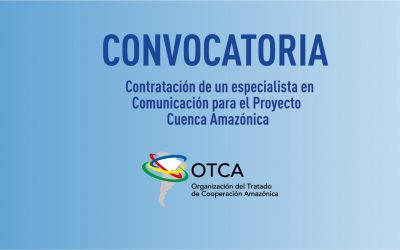